It will involve implanting several thousand kilometers of optical fiber across the continent, starting with the eight countries of the West African Economic and Monetary Union (UEMOA) zone. 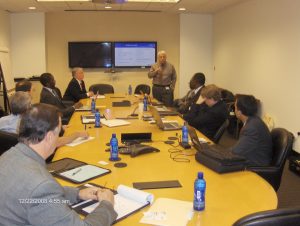 Started for years by Mali, this project has already received several financial support from international organizations such as the US Agency for Trade and Development (USTDA), the Agency and GUARANTCO.

In his interventions within the framework of the official ceremony, the representative of the company ESSEX presented the commitments of his company in this project IAONA and especially showed the importance that it can have this project on the development of added value services if this infrastructure is put in place. For his part, the Chairman and CEO of SeaQuest-Infotel Mr Raphaël NBOGNI representing GAMA presented the company he represents, before giving a detailed presentation of the project. The two parties SUPERIOR ESSEX & GLOBAL AFRICAN NETWORK ACCESS have exchanged documents as a symbol to seal this partnership for the realization of the IAONA project. 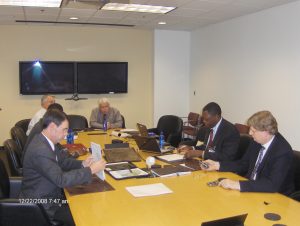 Note that ESSEX is an American company specializing in the design and manufacture of cabling products. The least we can say is that this meeting ended on a note of satisfaction.