The opportunity was for senior executives to learn how to better prepare the commitments needed for positive change by revamping business procedures, and discussing the contribution of innovations to cultural and production habits. It is clear that a harmonization of standards and processes to build more structuring infrastructures will give the continent a framework for the development of local resources and adapted applications for the next generations. 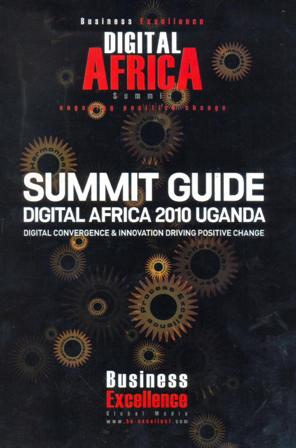 Several project promoters have stepped up to present their vision on ICT development in different parts of Africa. Projects that will later be integrated into an action program through collaborations and Public Private Partnership (PPP) agreements. The project of Interconnection of National Optical Highways in Africa (IAONA) promoted by Global African Network Access (GANA) SA with funding from Guarantco / FMFM attracted more than one, because of its continental scale and its social aspect that takes the modernization of the countryside, even the poorest and most remote.

The presentation of this innovative project made by the representative of GANA Raphael NBOGNI, no less President and CEO of SeaQuest-Infotel Canada has made it possible to evaluate the interest of the different operators like Orange, MTN, the ISPs and to create a framework of discussion on the challenges that broadband infrastructure can bring to African campaigns as a catalyst for development through different applications namely: messaging, personal information management, entertainment, localization, productivity, video to the demand, interactive television, online interactive games, e-learning, telemedicine, telecommuting, web conferencing and surfing the web, fixed telephony, IP telephony …

In the workshop ” Business and innovation ” Raphael NBOGNI pointed out that an infrastructure must have a targeted target in this case the populations most in need for the development of the African countryside. He stressed that this infrastructure before being continental or regional must first be national, because the only way to reach the populations is to develop the national framework while taking into account the structures of opening up of rural areas and zones. urban. At the end of the meeting, several resource persons approached the representative of GANA, who to find out more, who to give their support or their adhesion to this innovative project.